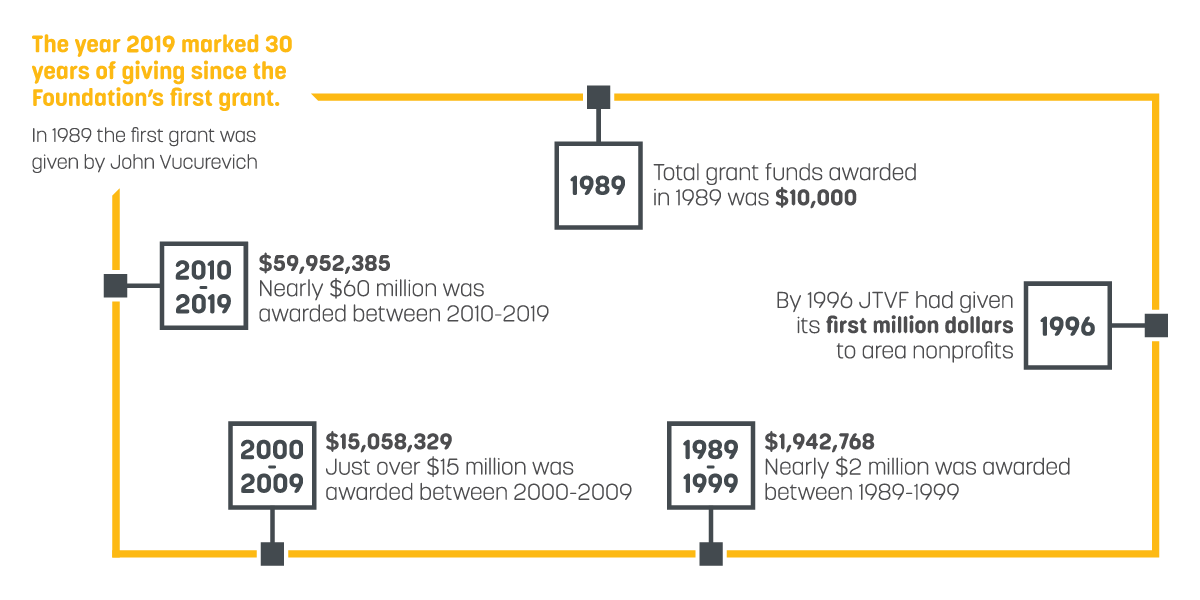 History of the Foundation

The John T. Vucurevich Foundation, a private independent foundation as described in Sections 501(c)(3) and 509(a) of the Internal Revenue Code of 1986, awarded its first grant in 1989 and became fully funded in 2007 following the death of its founder, John T. Vucurevich.

In order to assure John’ philanthropic intent was captured; Vantage Point Historical Services was commissioned in 2014 to develop an internal operating document to guide future leadership of the John T. Vucurevich Foundation and understand areas identified as priorities by John.  John’s Foundation will carry out his philanthropic vision utilizing his values of honesty, integrity, loyalty and inclusiveness.

Heading into 2020 JTVF will be using a grant making strategy called, “Moving from Poverty to Prosperity.”  This model was developed from our years of learning and building partnerships while looking through the lens of poverty with our grantees.  We will continue to prioritize collaborative partnerships to learn and understand community issues to create solutions that improve the lives of those we serve.